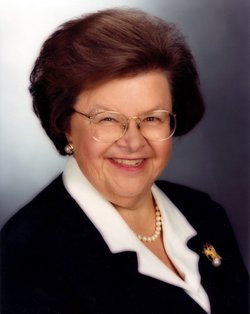 Mikulski's first election was a successful run for Baltimore City Council in 1971. She served as a councilwoman for five years. In 1976 she ran for Congress and won, representing Maryland's 3rd district for 10 years.

In 1986, Barbara Mikulski ran for the Senate seat vacated by retiring Senator Mack Mathias. She won the race with 61% of the vote and was re-elected with large majorities in 1992, 1998 and 2004. She is also the dean of the Senate women.