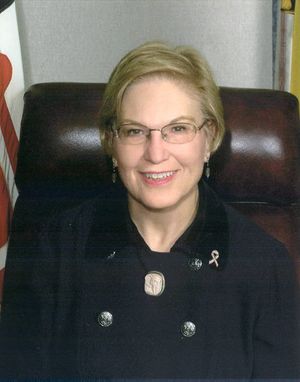 She has worked as a clinical social worker since 1976, including stints as a staff psychotherapist at the Tri-County Youth Services Bureau, Director of Social Work for Calvert Memorial Hospital, and the clinical director of a large group psychiatric practice. Since 1980, she has been self-employed at Susan Ellsworth Shaw, L.C.S.W.-C., B.C.D., a private psychotherapy and mental health consulting practice. Shaw also co-owned Shaw’s Aerial Photo with her late husband.

She has been the volunteer Disaster Mental Health Coordinator for the local Red Cross and remains a member of the Maryland Critical Incident Stress Management Team. She has held leadership positions in many local organizations including the Rotary Club of Northern Calvert, the Calvert Crusade for Children, the Citizens Advisory Committee, the Huntingtown Citizens Association, the local NAACP, the Mental Health Association, the Southern Maryland Boys and Girls Club, and the State Commission for Children and Youth.

Shaw has written mental health columns for newspapers. She serves as the BOCC member on the Boards of the Calvert Alliance Against Substance Abuse and Jefferson Patterson Park and Museum. She maintains her membership in many local entities including Republican organizations; Friends of the Calvert Public Library; the Calvert Farm Bureau; Calvert Hospice; the Calvert Animal Welfare League; the American Legion Auxiliary; the American Chestnut Land Trust; the Calvert Marine Museum; the Chesapeake Railway Museum; and many children’s advocacy groups.

Additionally, Shaw formerly served as Chief Local Elected Official (“CLEO”) for Southern Maryland Works, Inc., a workforce development agency for the tri-county region. She was appointed by Governor Robert Ehrlich to serve on the Task Force for Traffic Capacity Across the Chesapeake Bay.

Shaw is the parent of a son and a daughter and resides in Huntingtown.